A story depicting the life and problems of an Urban Maori family living in New Zealand.

“In case you want to know… It’s Jake, Jake the muss” – Jake Heke

One of the most heart-breaking and moving films I have ever seen, superb acting, and fantastic story. Don’t miss out on this hidden gem.

A scientist struggling with mortality is searching for the medical break-through to save his wife from cancer.

Again, another heart-breaking film, however this time as a Sci-Fi. Hugh Jackman truly is an underrated actor who deserves way more credit than he deserves, especially after this masterpiece. A visually stunning movie, thought provoking, and heavily philosophical. You must watch.

Alien life arrives on earth and a linguist (Amy Adams) is tasked with communicating and uncovering the reasons as to why they are here.

One of my all time favourites, another Sci-Fi, and in my opinion an absolute classic. Amy Adams is an extremely talented actor and displayed that perfectly within Arrival. This film is extremely moving, intriguing, and beautiful, whilst also demonstrating the problem with us humans. A must watch. 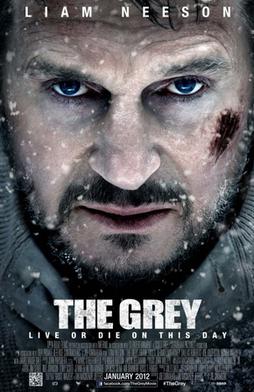 After a plane crash in Alaska, the remaining passengers must fight to survive whilst being stalked by a pack of wolves.

A criminally underrated philosophical masterpiece. One thing to understand is that this is NOT a realistic survival film, it isn’t supposed to be. The Grey is about suffering, about human will power to push on, it is about facing adversity at all costs and finding meaning. The Grey emphasises the importance of finding meaning within suffering through the concept of physical survival.

Once more into the fray. Into the last good fight I’ll ever know. Live and die on this day. – Ottway, The Grey

A working class father within the 1950’s and the events that take place within his life.

Who the hell said I got to like you? – Troy Maxson, Fences

An adaptation of August Wilson’s Pulitzer Prize winning 1985 play of the same name, Denzel Washington and Viola Davis exhibit a stunning performance. When you watch Fences you watch it for the sheer excellence of the actors’ performances which are nothing but breath-taking. If you are looking for a film which demonstrates the capability of an extremely talented cast, this is the one for you.

One reply on “5 underrated films you NEED to see”

I like The Grey. And I watched Fences.
But looks like I’m very behind🙂 I should start to watch movies again